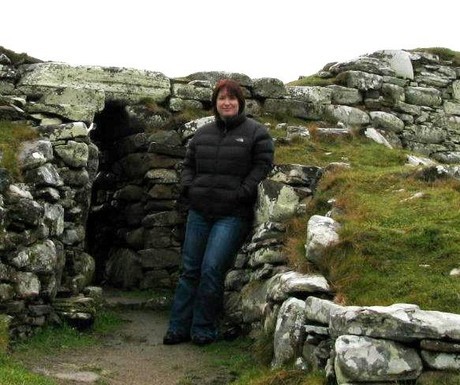 In September last year I accompanied ESS’s Emma Liddell to visit two very rural community resilience groups, Dornoch and Berriedale, to discuss ways in which they could evaluate the work they do. Emma introduced the project, before allowing a guided discussion to develop, touching on topics of particular interest to each group. For me, this highlighted some surprising information and prompted a re-evaluation of what I thought I knew about community resilience groups.

I had had very little contact with community resilience groups prior to these visits, so was struck by how different two groups based only 35 miles apart could be! Some differences were fairly obvious – Dornoch was much larger and more multi-generational than Berriedale – while others were more subtle. Berriedale was a group that revolved around their local church hall, and their resilience activities mainly related to ensuring it could remain functional as a resource to the community generally, and as a focal point in the event of any emergency. In contrast, Dornoch Community Resilience Group was more “traditional”, developing from the Community Council, producing a community emergency plan and viewing their level of resilience in more general terms.

Another surprise was the difference between how I thought community resilience groups would fit into the wider resilience community, and their experience of it. I tend to view Scottish Government as a collection of individuals who genuinely want to help and support their stakeholders, so it was a surprise to find that for people who don’t work there, Scottish Government can seem a bit faceless or opaque. In part, that may be because we haven’t been as good at communicating the work we do as we might be – I was initially thrilled when Dornoch said they had written a brilliant Community Emergency Plan (templates and guidance for which is on our team’s website), but then a bit crestfallen when told they’d got the idea from a community group in Kent! I had also assumed that each group would be in contact with the resilience practitioner in their local council, who could share resources and good practice, but the wide range of resilience aims and models means that other contacts and networks will sometimes be more appropriate.

The visits gave me a lot to think about in terms of how I approach my work with community groups in the future. It is obviously really important to recognise the highly variable nature of community resilience groups and the models of resilience they work towards, so doing some background research and reading the room is important. At the same time, the work that I do needs to be flexible enough to take into account the varying needs and and interests that each group will have. Finally, it is not simply enough to produce flexible work outputs (whether those are toolkits, guidance, models or events); I also need to think very carefully about how that work is communicated to its target audience, so that community resilience groups in Scotland know that they can access the right support at the right time from Scottish Government. For this project, a ‘train the trainer’ approach is being developed to cascade the toolkit Emma produced out to the groups; hopefully what they get out of it will be as useful to them as these visits were to me! 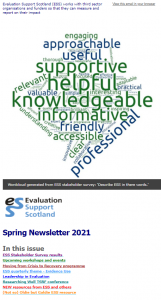