Evidence from Elsewhere: Gathering, analysing and using other people’s evidence

The third publication in the Knowledge Translation Network Evidence series is aimed third sector practitioners who want to use secondary evidence to inform, influence or improve policy and practice through the process of using secondary evidence. Using other people’s evidence can be useful to fill gaps in your evidence or to help make a case for a new service or project.

The guide is in four sections:

Download the Evidence from Elsewhere guide and handy one-pager infographic.

Evidence from Elsewhere was launched at an event hosted by KTN partner Big Lottery Fund Scotland in Glasgow.  A short report from the event can be found here.

Read this blog from BIG Lottery Fund for ideas to use secondary evidence in funding applications here. 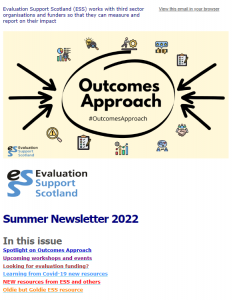